This Mechanic allows you to connect a native Twitter poll from our platform in order to show its results on-air during your broadcast / TV show.

Flowics supervises the poll results in real-time and makes them available for their integration into a:

Before following the steps described above, you should add at least one Twitter account to the team. 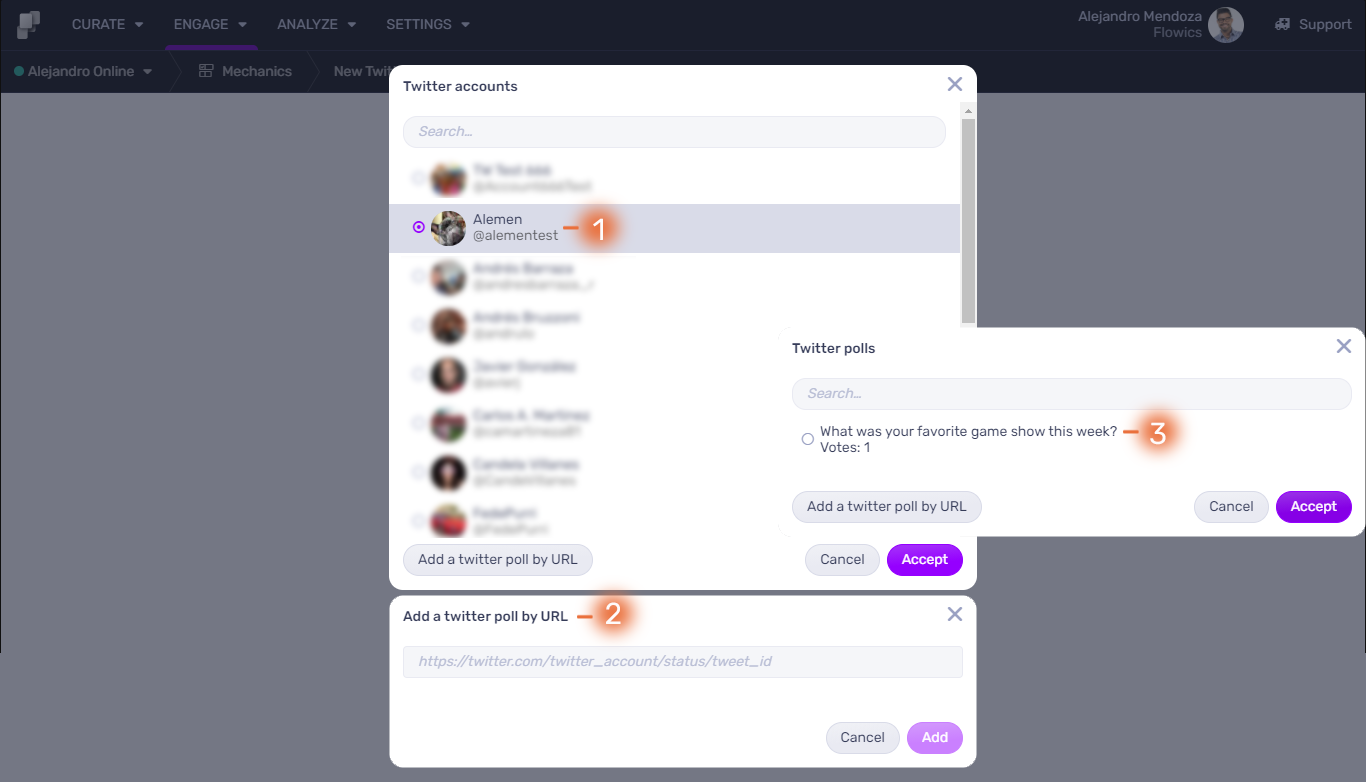 (2) If you wish to use a poll that has not been created by one of your Twitter accounts, which is associated with Flowics, you can add it using its URL by clicking on Add a Twitter poll by URL. Copy and paste the Twitter Poll URL and click on Add.

If you create a Twitter poll and then you generate a thread, it will not work as URL. When connecting the poll, it must be created as a Tweet.

(3) Select the Twitter Poll. After the poll is created on Twitter. Bear in mind that over the first 1 - 2 minutes the poll metadata will not be available. 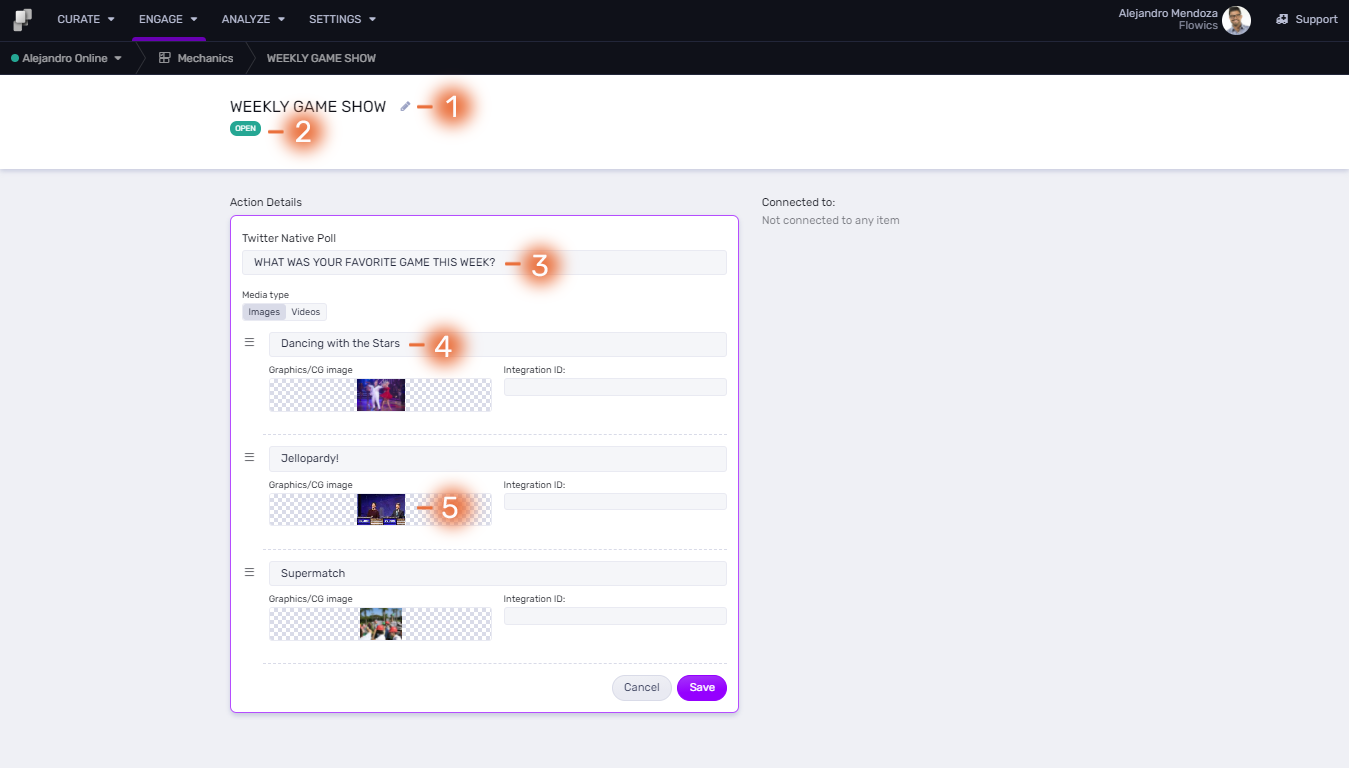 (1) It is good practice to name your mechanic so that you and your teammates can identify it for later use or reviewing metrics.

(3) Use this field to type your question. Bear in mind that the title, options, and values are created automatically from the poll's original Tweet.

(4) Enter the answers to your question. Next to each answer you can add an image or video, switch between one of these using the media type buttons. You can modify the action's details in order to adapt the content to the broadcast media (TV, streaming service, etc.).

(5) You can add a Broadcast image that you can use for integrations through your graphics insertion system or cloud-based graphics using Flowics.