How to create polls with Vizrt Data Reader + Flowics Middleware

Integrating Flowics with Vizrt without having the Viz Social module (Feed streamer) is possible through the Flowics Middleware and certain Vizrt plugins.

Make sure you have selected "Others" as integration type in the Data Source Integration settings in order to connect the Middleware.

The following are REQUIEREMENTS for integration through XML as the Input type:

Please request the .dp file and .via to your designated Customer Success Manager.
Once you have the .dp save it in C:\Program Files\Vizrt\Viz3.

How to integrate Flowics with VizArtist 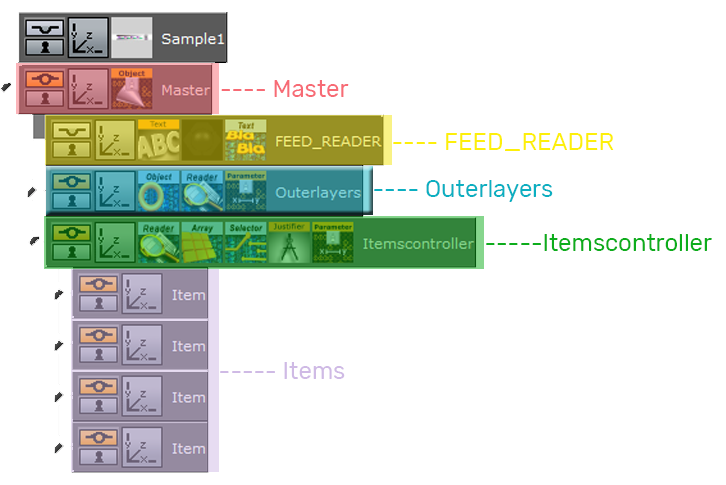 The "father" of the scene; it has no plugins.

READER_CONSOLE is a variable in the DataPool from which the DataReader will read the data.

The text allows the visualization of the data of the XML.

This plugin allows you to create a new type object and link it to a Viz hierarchy. When a DataObject plugin is attached to a container and a field name and object type are specified, the DataObject plugin searches the Viz hierarchy to look for a parent for the object and children underneath. Every Data plugin found under the container where the DataObject is found is tested to see whether it is a field of the object. If it is, it is attached as a child of the object.

Having set the XML path in the FeedPath fields within the Object Control, there is no need to type the path in the data reader plugin.

Leave the other fields in the data reader as they are.

Enables you to animate the justification of an object using the object’s height, width or depth as its coordinate system. In this case, the plugin acts on the local space of the container justifying the poll options. 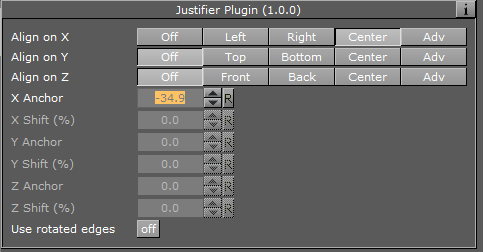 Shows the poll options you have configured. By unfolding each item, you will find additional plugins that will allow you to apply your own look and feel, as follows:

The scene automatically adjust the items within the poll. This is thanks to the Justifier plugin. In this example, the scene supports up to four options. For more options, you need to add more items. 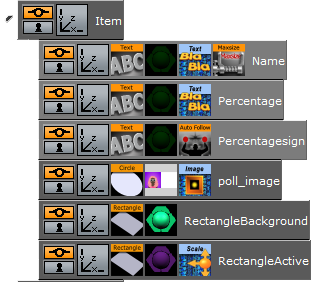 With these configurations, you will be able to integrate data provided by Flowics to your graphic scene on Vizrt.